December 5 is Day of the Ninja 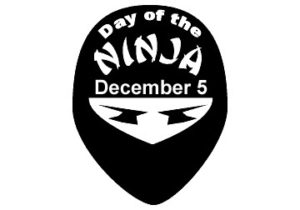